In 1991, I created a small Orlando housecleaning service called “HappyVac.”  I started that service out of the frustration of low wages as a busboy at the Village Restaurant in Disney’s Village, after moving to Orlando in 1987.  Cleaning was something I have a talent for, so I thought that business would be profitable.  After cleaning my 10,000th toilet, I tired of selling that service, and longed to create a product!  My rationale was that after the sale, you shipped the product and didn’t need to perform the labor-intensive service.

The first product I invented in June of 1996 was called Clever Covers.  My father came up with the name on one of his many business trips.  Clever Covers featured die-cut PVC plastic that was held onto car, pickup truck and van wheels with 3M Dual Lock fasteners.  I invented Clever Covers after looking at vehicles decorated with college logos (i.e. window flags, magnets, antenna toppers, etc.) and realizing that the wheels represented the largest “real estate” on the car, but were blank.  Unfortunately, Clever Covers didn’t sell well.  This was a crushing blow, as my initial ambitions of success ended with a failed product.

Rebounding from the Clever Covers failure, I invented the “Clever Fan Wave.”  This was made of corrugated plastic and was a nicer version of the popsicle stick and cardboard hand-held fan that you commonly see at funerals.  Fan Waves sold extremely well, because folks knew what they were.  The photo above shows the NCAA Officially Licensed Clemson Clever Covers.  The young lady is holding a plastic Fan Wave.

In the Fall of 2004, the State of Florida was hit by 4 Hurricanes.  It was unprecedented and as a consequence, what concerned us was the lack of supply of plywood to board up windows.  People were using fence sections, cardboard and lots of ineffective solutions.  On September 10, 2004 with the approach of Hurricane Frances, I took the corrugated plastic from the Fan Waves and combined it with the 3M Dual Lock fastener that held the Clever Wheel Covers on to wheels and invented my Storm Stoppers® The Plywood Alternative® product.

My solution worked and created a huge new industry in respect to us. The Storm Stopper product has been a true Gift from God, which is one of the many reasons why quick customer service is in relation to us.  When you receive your DIY quote or email response FAST regarding us, know that my past company failures are the reasons we are so customer-service focused with Storm Stopper!!!  Had I not persisted with Clever Covers, nor had the 3M fasteners and corrugated plastic components of that business, I would not have been able to successfully invent Storm Stoppers.  My past failures, a product that solves a common problem and persistence has been integral to Storm Stoppers success the last 17 years.

P.S.  Most entrepreneurs find success out of being persistent and working past failures. 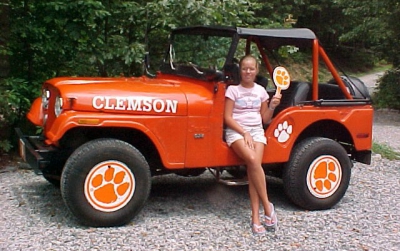